This book is all about animals that are specialists in hiding away. There’s a spider in Asia that imitates a butterfly and a fish swimming in the Amazon that looks like a leaf. There are animals that pretend to be something very different from what they actually are – an insect assassin that imitates a swarm of ants by sticking a pile of dead ants on its back and a little frog that pretends to be bird poo. There are also incredible animals that can change their disguise, like the peacock flounder: when a scientist put it on a chessboard, black and white checks appeared on its skin! And did you know there’s an octopus that can copy 15 different animals?

END_OF_DOCUMENT_TOKEN_TO_BE_REPLACED

Dad at Kindergarten is a series of children’s books about all the mishaps that occur when Tina’s dad starts at kindergarten. There are stories of pranks and wild antics, childishness and games. Stories that are just as silly and nutty as kids would have them. In these books, everything is topsy-turvy. The adults behave like children and the kids are the ones who have to take control. Dad at Kindergarten is a hilarious book series that children are bound to love!

END_OF_DOCUMENT_TOKEN_TO_BE_REPLACED

Get to know all about dinosaurs big and small in THE DINOSAUR BUNCH series
Reggie Rex is a slightly anxious six year-old who lives together with his family in the big boggy forest. Reggie is always being reluctantly dragged along on adventures by his best friend, Tim Troodon. Tim is six years old too, but nothing frightens him. And then there’s Grandma Rex. Sometimes she can be deadly!

NEW! 9 THE HALLOWEEN-PARTY (Halloween-festen)
Reggie and Timmy are going trick-or-treating for Halloween, but who’s hiding behind all the scary doors when these best friends come knocking? Could it be a wicked witch, a vampire, a vegan vampire or could it just be a skeleton? Unfortunately, Grandma Rex is even more hungry than usual. Today of all days, it really isn’t such a good idea to go to the old cabin in the Boggy Forest. Anything could happen…

NEW! 10 THE CHRISTMAS GIFT (Julegaven)
Grandpa Troodon has sent Timmy an extra large and mysterious Christmas gift. It’s going to be the biggest surprise in the world! The problem is just that both the package and the post-dinosaur who was supposed to deliver it have gone missing! Can Reggie and Timmy find the present before Christmas? Is there someone who doesn’t want them to find the Christmas present? Could it be true that there’s a huge predatory dinosaur lurking in the Boggy Forest in the run-up to Christmas?

END_OF_DOCUMENT_TOKEN_TO_BE_REPLACED

Positive experiences lead to improved health, friendships and relationships – and a longer life. Joy acts as a kind of counterweight to the burden of stress and eradicates anxiety and worries. What can we do to improve our own quality of life and find more joy in our lives?

END_OF_DOCUMENT_TOKEN_TO_BE_REPLACED

Psychopaths are everywhere. You might find one amongst your closest family members, your friend group or even in the workplace. Although they might all act in different ways, psychopaths will always have one thing in common: you can never trust them. They play by their own rules, and have little, if any, empathy with those affected. Many of those caught in a psychopath’s web require several years to return to their normal lives.

END_OF_DOCUMENT_TOKEN_TO_BE_REPLACED 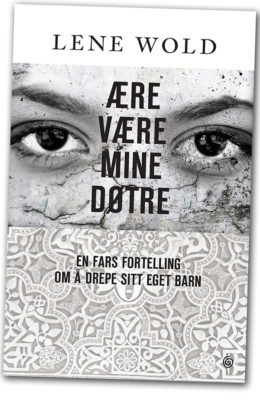