Watching the northern lights or “aurora borealis” dancing overhead on a clear winter night is one of the most spectacular and awe-inspiring sights that the natural world can offer. They differ from all other light phenomena by exhibiting an amazing variety of colours, structures, and movements. For people who have caught a glimpse of the northern lights will the sight often leaves memories for a lifetime.

END_OF_DOCUMENT_TOKEN_TO_BE_REPLACED

Auðr means wealth. It was a common name for women in the Viking age, emphasising their importance in society. They were poets, skilled artisans and entrepreneurs who had their own ships. Women traded, led expeditions and played a crucial role in sharing knowledge, educating and protecting societal values. It was women who were responsible for textile manufacture and the preparation and storage of food, in addition to their important duties as healers.

END_OF_DOCUMENT_TOKEN_TO_BE_REPLACED 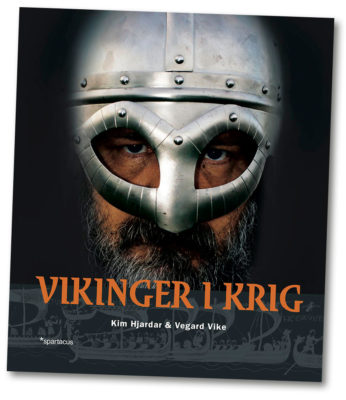 END_OF_DOCUMENT_TOKEN_TO_BE_REPLACED

The Vikings came from the Sea, a part of the world the inhabitants of Europe thought to be endless and impassable. From the 9th to the 11th century, Viking ships landed on almost every shore in the Western world. Wherever Viking ships roamed, enormous suffering followed in their wake, but the encounter between cultures changed both European and Nordic societies.

END_OF_DOCUMENT_TOKEN_TO_BE_REPLACED

Lukas is a small, boy, with a kind and curious heart. Through his perspective he sees the everyday events – little things that can be big and dramatic to a four year-old. The charming tales of Lukas´ world fill readers with wonder and questions. It’s easy to grow fond of Lukas – and once you get to know him, you might even want him as a friend!

END_OF_DOCUMENT_TOKEN_TO_BE_REPLACED

The lemming is a small hamster, with a thick sausage-like body, with short legs, and tiny ears. It is easy to recognize as they have a very characteristic appearance, with yellowy-orange fur speckled with black spots on their heads and along their backs. During the “lemming years” the furious lemmings are everywhere in the mountains. There are millions. But suddenly they are all gone, and many years can pass before you see a lemming again. Why?

END_OF_DOCUMENT_TOKEN_TO_BE_REPLACED

This book is all about animals that are specialists in hiding away. There’s a spider in Asia that imitates a butterfly and a fish swimming in the Amazon that looks like a leaf. There are animals that pretend to be something very different from what they actually are – an insect assassin that imitates a swarm of ants by sticking a pile of dead ants on its back and a little frog that pretends to be bird poo. There are also incredible animals that can change their disguise, like the peacock flounder: when a scientist put it on a chessboard, black and white checks appeared on its skin! And did you know there’s an octopus that can copy 15 different animals?

END_OF_DOCUMENT_TOKEN_TO_BE_REPLACED

Dad at Kindergarten is a series of children’s books about all the mishaps that occur when Tina’s dad starts at kindergarten. There are stories of pranks and wild antics, childishness and games. Stories that are just as silly and nutty as kids would have them. In these books, everything is topsy-turvy. The adults behave like children and the kids are the ones who have to take control. Dad at Kindergarten is a hilarious book series that children are bound to love!

END_OF_DOCUMENT_TOKEN_TO_BE_REPLACED

Get to know all about dinosaurs big and small in THE DINOSAUR BUNCH series
Reggie Rex is a slightly anxious six year-old who lives together with his family in the big boggy forest. Reggie is always being reluctantly dragged along on adventures by his best friend, Tim Troodon. Tim is six years old too, but nothing frightens him. And then there’s Grandma Rex. Sometimes she can be deadly!

NEW! 11 THE MONSTER CROCODILE (Monsterkrokodillen)
Reggie wakes up and realises that today is the unluckiest day of the year! He ends up with bumps and bruises just getting out of bed! And there’s worse to come. That is… Timmy has heard that there’s a four-leaf clover in the Boggy Forest. A clover could save the day! It’s just really silly that it grows exactly where someone has just seen an absolutely colossal crocodile. Now Reggie needs all the luck he can get!

NEW! 12 THE BALLOON JOURNEY (Ballongferden)
Reggie and Timmy find an old hot air balloon hidden at Grandpa Troodon’s cave. Could it be possible that it still works? Then when they hear that there’s an egg on top of the giant pine cone, an egg lying lonely and abandoned without a Mummy or Daddy to be found, well, they know what they must do. (August 2023)